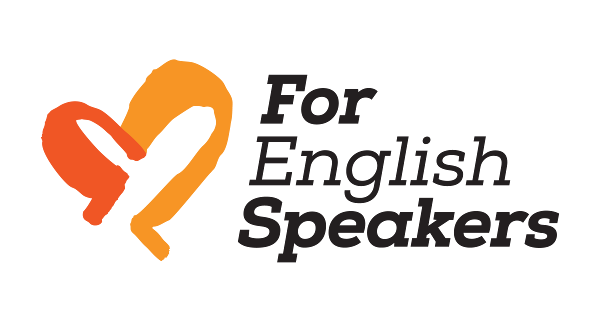 Make a donation for the foundation:

To register your team, click the button beside: Register team

1. Poland Business Run Foundation is the main organizer of Poland Business Run. Foundation is headquartered in Krakow, at ul. Henryka Siemiradzkiego 17/2, 31-137 Krakow, entered in the Register of Entrepreneurs of the National Court Register led by the District Court for Krakow - Śródmieście in Krakow, XI Commercial Division of the National Court Register under the number KRS 0000617320, NIP 6762507232, REGON 364424465, represented by Agnieszka Pleti – President of the Board www.polandbusinessrun.pl (“Organizer”)

II. DATE, LOCATION AND FORMULA OF THE RUN

4. Detailed information about the run in individual cities is available on the following websites:

5. Each registered team must consist of 5 runners. Detailed routes of Poland Business Run in individual cities shall be made public to the runners no later than two weeks before the run.

6. The Team has to cover 5 laps of the route. Each runner will cover one lap. The change of the runners will only be permitted in a designated change zone which will be located by the start/finish. It is not permitted for one runner to cover more than one lap.

7. In the change zone, only one runner per each team is allowed. The runners who have completed their lap should leave the change zone promptly in spot designated for this purpose.

8. The route of the Run will be closed to any vehicle or pedestrian traffic.

9. The runners should follow the instructions of the Organizer, security services and any other competent uniform services.

10. In case of an emergency vehicle showing up at the Run route, participants of the Run are obliged to terminate the Run and to allow passage of the vehicle.

11. It is strictly prohibited to bring to the venue drugs, illegal substances, substances increasing physical performance and any kind of alcoholic substances. Participants are not allowed to take such substances both before and during the Run under threat of being disqualified from it. If it is established that a participant infringes this prohibition, Organizer reserves the possibility not to allow the individual to take part in the Run or to disqualify this person in the course of the Run.

12. In order for a team to be classified, all its members have to complete the Run.

13. Teams have time limit amounting to 3 hours. At 1:30 p.m. route of the Run will be open for traffic. Participants are obliged to leave the route of the Run in case of exceeding the time limit. Anyone who remains on the route after the time specified in the Regulations bears for their presence there their full responsibility adequately to the binding road traffic rules and Civil Code.

14. Run distance is 3,5-4,2 km (depending on city) for each runner. Specific routes will be announced later.

1. It will possible to take part in Poland Business Run for those individuals who will have registered their team before the number of the registered teams has reached the available limit number and who will have paid the registration fee by the date indicated on the invoice (meaning the day on which the payment shall appear on the adequate bank account records of the Poland Business Run Foundation).

2. Teams shall consist of 5 people aged 18 or above, of either sex.

3. Limit of teams available in individual cities amounts to:

4. The order of submission of the online application, i.e. completing form for adequate city on the Organizer's website, and payment of registration fee within payment term stated on the invoice, shall determine whether the team is allowed to participate in the Run or not.

5. Organizer reserves the right to save a number of places for invited runners and sponsors.

6. Organizers reserve the right to introduce additional pool of starting numbers and to run a waiting list.

7. Organizer does not provide any insurance policy against accidents for the benefit of the participants.

8. Each runner is obliged to confirm in writing that they are aware of the fact that the Organizer does not take any responsibility for any damages resulting from accidents that may occur during the Run unrelated to the statutory responsibility of the Run Organizer. The Organizer shall be provided with original runner's statements by team captains on the day of collecting the runner's packs.

13. Participants agree to processing their personal data by the Organizer for the needs of the Organizer and to use of their images informative and promotional materials.

14. For safety reasons it is not allowed to use a bicycle, roller blades, skateboards or any other vehicle, or move with a pram on the route of the Run without valid permission issued by the Main Organizer, i.e. Poland Business Run Foundation. It is also not allowed to use 'Nordic walking' sticks or to run with a dog.

15. For safety reasons runners waiting in the change zones are not allowed to use any audio devices (headphones, headsets etc.).

1. Teams shall be registered for Poland Business Run with the use of the registration form (“Registration Form”) available on the website: www.polandbusinessrun.pl. Registration starting date in the cities will be as follows:

2. Registration is understood as completing the online Registration Form by a person (at the registration it is required to give: team name, company name (in case of company registration), invoice details and at least one runner).

3. Within 14 days from the registration starting fee must be paid and details of remaining runners completed (unless they were entered during registration). Otherwise the registration can be cancelled. At the express request of the applicant Organizer may extend the payment term.

5. Individual team members are obliged to sign their own declarations confirming the lack of health counter indications (“Runner's Statement”). The statement specimen is available on the Run website and is enclosed to the present Regulations as Attachment 1. Each runner is obliged to sign such declaration in an individual and legible manner and provide it to their captain. The team captain is obliged to return the original Runner's Statements to the Organizer in order to collect Runner’s Packages for their whole team. Organizer does not accept scans of this type of statements .

6. One runner can start only once, covering a single lap and only in one team.

7. The amount of the starting fee paid by the runners for participation in the Run amounts to

8. Starting fee is payable by bank transfer to the bank account stated on invoice. Please put the pro forma invoice number in the transfer title.

9. The Organizer shall accept payments exclusively in the form of bank transfer.

10. The person registering their team agrees to have their VAT invoice issued electronically.

11. Invoices are generated and emailed automatically, based on the details given in the Registration Form, to the email address stated in the Form.

12. Once the registration fee has been paid, no refund will be made, nor will the payment be allocated to a different team. By paying the starting fee the team understands that the fee cannot be returned should the team not be able to participate in the run.

13. The registration fee includes a Runner’s Pack distributed to each team. The pack includes 5 items of:

14. The Runner’s Packs for teams starting in Poland Business Run can be collected only by the team captains in the Run Office, on the condition the online registration form has been submitted and accepted, and upon producing the following documents:

16. Team captain is obliged to ensure accuracy of details entered in the Registration Form and Runner's Statements presented at collection of starting packs. Due to technical difficulties related to later amendments of entered data and of Runner's Statements, Foundation is not responsible for clerical errors or other mistakes in the documents and forms completed by team captain.

17. The location of the Run Office as well as its opening hours will be provided in a separate communication on the Run website. Should a team fail to pick up the Runner's Packs the team will not be allowed to take part in the Run, refund of the registration fee not possible

18. The starting number is individual indication of each runner and can only be used by the corresponding registered participant of the Run. Transferring the numbers to third parties, including other run participants (including own team members) is forbidden and will result in the disqualification of the whole team.

19. Change of a team member is permitted by 5:00 p.m. September 1, 2019. In case of collecting starting pack prior to the date stated in the previous sentence, the final date for changing a team member is the moment of collecting the starting pack by the team captain. After this date, change of a runner is possible only upon consent expressed by the Organizer. The team captain makes the change with the use of their account on the run website adequately altering the data in the Registration Form.

1. All the participants who complete Poland Business Run will receive souvenir medals.

2. The character of the Run is charitable and recreational. The prizes for the winners in the following categories have been planned:

3. For the first, second and third place in the category “Run” and “Charity” in the general classification there are some symbolic prizes planned.

4. The time taken into consideration in the classification will be gross time.

1. All participants of Poland Business Run hall abide the hereby Regulations. By submitting the registration form participants confirm that they are aware of the Regulations, agree with and thereby accept to comply with the rules set forth herein.

3. Any infringement of the present Regulations by runners can result in disqualification of the entire team of a given runner breaching the Regulations. Disqualification can take place in the course of the run or after it.

4. Protests or doubts about the time measurement can be submitted in writing in the Run Information Office, on the Run's day no later than by 2:30 p.m. The complaint will be accepted for review and decision provided that a payment of 300 PLN is made as a deposit. In the case of a positive answer to such a complaint the deposit will be returned

6. Organizers have the right to cancel or discontinue the Run without furnishing a reason for their decision.

7. Poland Business Run Foundation has the right to produce a binding interpretation of provisions of the present Regulations, to dispute resolutions and doubts arisen while executing the Regulations and to address questions concerning its content. .

8. All correspondence, requests and questions to the Organizer should be sent to: [email protected]

We are using cookies to give you the best experience on our site. Cookies are files stored in your browser and are used by most websites to help personalise your web experience. More information on cookies and how they are used can be found in our Polityce prywatności.

By clicking "Proceed" you are confirming you have read this statement.